Gone But Not Forgotten

The old Winegar House which stood as an Amenia landmark for over 230 years is long gone, having succumbed to the ravages of age and the weather. Built in 1761, it was a rare example of two story architecture of that period in Dutchess County.

But out of the memories of the Euvrards, one of the last families to be homeowners there, it is possible to put together recollected pictures of the historic stone house.

Leah, her husband – the late Walter Euvrard and their six children lived on the Leedsville Road farm in Amenia Union from 1951 to 1963. The original Euvrards, immigrants from France, had settled in the northwest corner of Connecticut as charcoal makers in the local iron industry.

Mrs. Euvrard, still residing in Amenia Union and her son Wayne, former Amenia Town Councilman, recently shared with the Amenia Historical Society their fond memories of the house built by Hendrick Winegar, grandson of Uldrick Winegar who was one of our town’s first settlers. 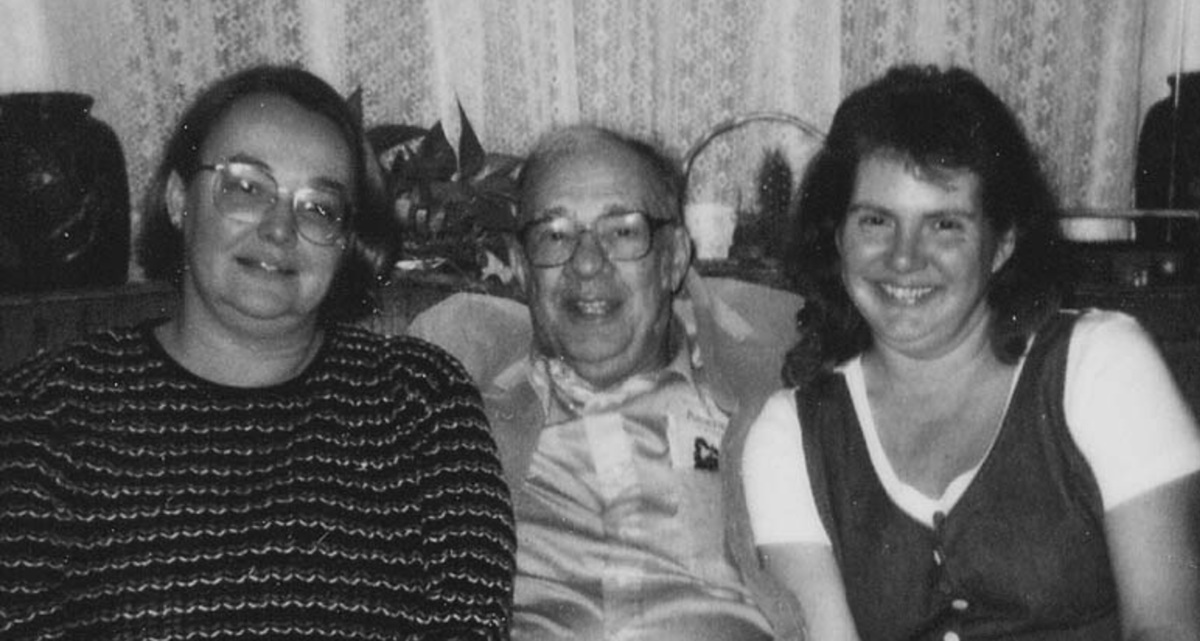 According to Mrs. Euvrard, her late husband who had farmed with his father on Sharon Mountain bought the Winegar property of 200 acres from the family of Elizabeth McDonald.

Before the Willam and Elizabeth McDonald, the Hunters had owned the farm. It had been the Hunter farm through the turn of the century and it was they who had covered the stone exterior with stucco scored to look like large blocks of marble in keeping with the Victorian fashion of the day.

Mrs. Euvrard recalls that the stone walls of the first story were some 20 inches thick but as the walls rose to the second floor their depth tapered off. As a result the downstairs window sills provided deep-set window seats that Wayne remembers sitting on in the mornings watching out for the school bus driven by Howard Wheeler or later, Bill Benton.

While there were cellar windows as well as on both sides of the front and back, there were few windows on either end of the house. Despite the Winegar’s reputed good relations with the local Indians, apparently the better part of caution dictated the absence of windows on the sides.

Originally the kitchen was in the cellar with an open hearth and Dutch oven which was a brick wall oven in which the walls are preheated with hot coals before baking.  The kitchen portion of the basement had a wood floor. The remainder was bare earth, boarded off into storage areas. One pantry-like compartment was, according to a handed -down story, a way station on the Underground Railroad for escaped slaves.

Off the entrance hall was the living room on one side and the kitchen and dining room on the other. Both had a fireplace though one had been blocked up.

Upstairs were five bedrooms, which Wayne recalls as mighty cold in winter. “The only heat I remember was the central hallway register and the kitchen stove.”

It was the Euvrards who put in the first indoor bathroom. “With six lively youngsters, the logical place for it was on the ground floor.”  Mrs. Euvrard notes.

Walter had a dairy herd of 90 head and farmed the tillable half of the property. “It was a beautiful, rich valley along the East side of the Webutuck.” Wayne says.

Mrs. Euvrard speaks most nostalgically of the wide board floors and the rough plaster walls with layered generations of wallpapers. “It was sad to see the grand edifice’s deterioration and eventual collapse to rubble.”

This is a text widget, which allows you to add text or HTML to your sidebar. You can use them to display text, links, images, HTML, or a combination of these. Edit them in the Widget section of the Customizer.
Loading Comments...
%d bloggers like this: